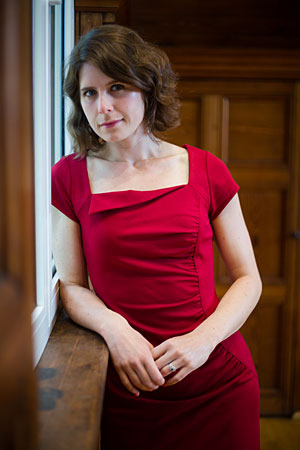 Philippa Harrison has an extensive and varied career performing as soloist and chamber musician throughout the UK and abroad. Her work as a chamber musician has been widely praised, featuring a broad repertoire and specialising in contemporary music. She is a member of the Albany Trio, current Park Lane Group Young Artists, with whom she has broadcast live on BBC Radio 3; performing live in concert as part of International Women’s Day 2016 and appearing on BBC Radio 3 Proms Extra. The Albanys are alumni Richard Carne Junior Fellows at the Royal College of Music, winners of the Gwyneth George Award, finalists of the St Martin’s Chamber Music Competition and featured artists by Making Music and the Concordia Foundation.

Philippa’s concert highlights include performances at St John’s Smith Square, Fairfield Halls, The Bridgewater Hall, St James’s Piccadilly, St Martin in the Fields, The Banff Centre, and recitals at the Tromso Festival, Harrogate International Festival and the Liszt Society Festival. Philippa’s interest in contemporary music has led to frequent commissioning of new works and collaborations with composers including Charlotte Bray, Judith Bingham, Rory Boyle, Rachel Stott and Judith Weir. In both 2014 and 2015 Philippa was selected to attend winter residencies at the Banff Centre, where she premiered Duelogue by Rory Boyle with the Willshire Piano Duo, and Those Secret Eyes by Charlotte Bray.

Versatile and wide-ranging in her experience, Philippa is dedicated to educational work. She strives to encourage and familiarise young people with classical and contemporary music through her workshop leadership, and as piano teacher at Junior Guildhall.

Charis Jenson is a prize winning graduate of the Royal College of Music where she studied with Maciej Rakowski and Yossi Zivoni. She now performs across the UK and Europe, with recent highlights including the Sommersprossen Festival in Rottweil with Johannes Goritzki, Mattias Lingenfelder and Hariolf Schlichtig, and chamber recitals at the Peter Cornelius Conservatoire in Mainz with Uwe Zeutzheim and Kirsten Jenson. She leads the urban innovative music group Project Instrumental – their latest performance at Kings Place with Haushka and Nicolas Altstaedt as part of the ‘Cello Unwrapped festival receiving rave reviews.

A keen orchestral musician, Charis has received invitations to guest as Associate Leader with the BBC Scottish Symphony Orchestra and RTE Concert Orchestra, and Principal 2nd with the Ulster O

rchestra in Belfast. As a core member of the John Wilson Orchestra, she has enjoyed performances at the Berlin Philharmonie, Grafenegg Festival and the Royal Albert Hall.

Charis plays a Hendrik Jacobs from 1680s, owned by Dr Michael and Jutta Wilson and kindly on loan from the Beares International Violin Society.

At age eight Benjamin was awarded a place as chorister at the prestigious St John’s College choir in Cambridge and subsequently toured the world and appeared as soloist on many recordings. In 2000 Benjamin won a place at Chetham’s School of Music to learn violin with Jan Repko, and then in 2005 he continued his studies at the Royal College of Music as a viola player. Whilst at the RCM Benjamin learnt with Ivo-Jan van der Werff and Jonathan Barritt and was a prize winner at the International Kenneth Page Viola Competition. He graduated with honours in 2009 and then completed his Postgraduate Degree where he studied jointly with Simon Rowland-Jones and Lawrence Power.

Benjamin joined Southbank Sinfonia in 2011 subsequently performing in many concerts both as orchestral player and as chamber musician. With Southbank Benjamin performed in the Queen Elizabeth Hall under Vladimir Ashkenazy and at the Royal Opera House and collaborated with members of Academy of St Martin-in-the-Field and the BBC Concert Orchestra.

Benjamin is enthusiastic about enlightening young people through music making and actively organises and participates in musical outreach workshops. Benjamin has worked as viola coach for the National Youth Strings Academy.

New Zealand cellist Karen French enjoys a busy career based in London as an orchestral and chamber musician. She began playing the cello aged 9 and went on to study with David Chickering while at school and later with Edith Salzmann at the University of Canterbury, graduating with a Bachelor of Music with Honours in 2008. During this time she was awarded the Keith Laugesen Scholarship for Music and was the NZSO National Youth Orchestra principal cello. Karen then won a place to study with Mario De Secondi at the Staatliche Hochschule für Musik, Trossingen in Germany.

In 2011 Karen was selected to play in Southbank Sinfonia. With Southbank Sinfonia Karen has performed with Academy of St. Martin in the Fields, BBC Concert Orchestra and in the National Theatre performing in Jonathan Miller’s staged version of St. Matthew Passion and at the Royal Opera House. She has performed in venues including Wigmore Hall, Queen Elizabeth hall and LSO St. Luke’s. She has also played with the Christchurch Symphony in New Zealand.

As a chamber musician Karen performs regularly with her string quartet, the Alke Quartet. They have performed throughout the UK including, St Martin-in-the-Field, St James, Piccadilly, Bath Pump Rooms and the Barbican. Karen has received coaching from Alisdair Tait, David Waterman, Krysia Osostowicz, Richard Ireland, Simon Rowland-Jones and Jackie Shave. The quartet were finalists in the St Martin-in-the-Fields Chamber Competition and the Ernest Bloch Competition. They were participants at International Music Seminar Prussia Cove and selected for the Britten Sinfonia Lab in 2013.

Karen is grateful for support received during her studies from the Whetu/Lankhuyzen Scholarship Trust and for sponsorship of her new Hinsberger cello.